Have you armed yourself with all sorts of insecticides, but over time they lost their effectiveness and, moreover, it might contaminate your plants. What do you have to do?

Danger is lurking in every corner of the garden. Aphids, caterpillars, lice and other harmful insects are just waiting to attack your vegetables and flowers.

Control insects in your garden

A new control method is being put into practice in gardens around the world and seems to be the only one with long-term results: biological control. Exactly as you suspect, biological control is a solution that is based on the help of beneficial insects, insects that consume or parasite plant pests without destroying your flowers or vegetables.

Now these insects such as spiders, wasps or mantis religiosa, which you feared and hated from the bottom of your heart, can rid your garden of destructive insects. And the benefits don’t stop here: these insects pollinate the plants, helping them grow healthy and multiply.

Ladybug is a small beetle, it has bulging elite, lit red and black dots. Both the adult and the larvae feed on plant fleas that suck the young plants. The larva is still carnivorous and makes ravages among plant fleas. An adult blonde, like her larva, can eat one day a quantity of plant lice several times more than their body, so about 270-300 lice.

Dragonfly, a very good flyer, has an elongated, beautifully colored body, two enormous eyes, covering almost the entire surface of her head, and two pairs of glassy wings, with ribs as a network. Flooding with great jetting, the dragonflies catch bad insects from the flight. Thus, the dragonflies are very useful.

In order to demonstrate the effectiveness of this method, in some countries, breeders and retailers of insect beneficial to the garden have already appeared. But it is much simpler and cheaper to encourage existing ones to stay in the garden than to bring new colonies.

There are some tricks

They are designed to stimulate their appearance and development in the garden. For example, most beneficial insects feed on nectar and pollen, so you should plant flowers in the garden as varied as you can to bloom from early until frosting period.

In addition, it covers the bare earth surfaces with leaves and grass. They will also provide shade and shelter to insects such as spiders, the predators the number one pests. And, perhaps the most important aspect of all, give up insecticides! They also kill useful insects, leaving the garden at the mercy of a new wave of pests. 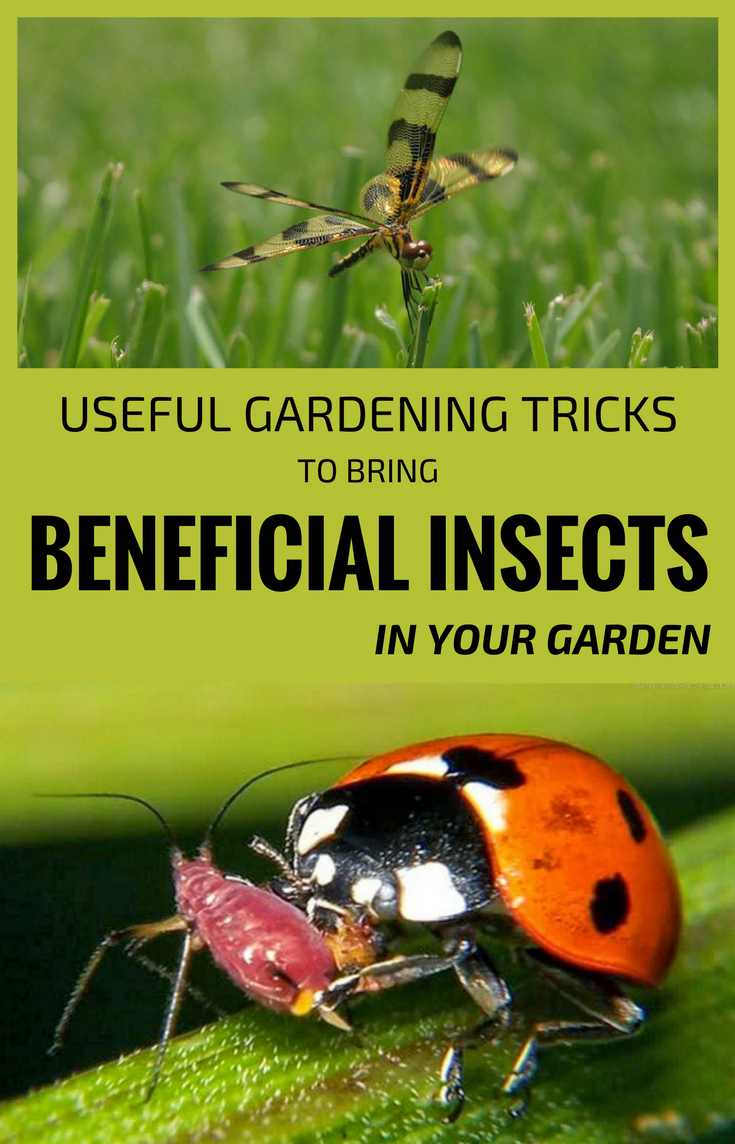