If your orchid is dry and thirsty, excessive watering isn’t the best option for this sensitive plant. Why? Because the orchid roots may rot!

So, don’t try this extreme salvation, because saving an orchid with rotten roots is more difficult than saving a dehydrated one. When the plant receives too much water, the oxygen can’t penetrate the roots. Excess water will lead to roots rot, and as a consequence the absorption of nutrients will be blocked.

If the orchid has a colorless pot, it will be harder to see if there is any change at the root level. But the effects are seen on the leaves that will turn yellow or will soften. 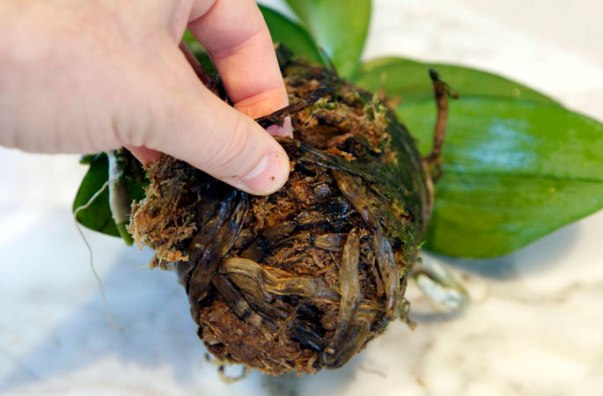 Once you have noticed that the orchid leaves turned yellow, you should check the roots and act immediately, because there might be a chance to save the plant.
Remove the plant from the pot, and then remove all bark traces from the roots. Now, take a sharp and disinfected pliers, and then, carefully, cut all rotten roots. If some roots are only partially rotted, cut them until you reach healthy tissue. Pour hydrogen peroxide over the cut areas because it will act as a disinfectant.
Sometimes, alongside with root rot, black mold appears, and it’s best if you clean the roots with cotton buds until you remove any trace of mold. 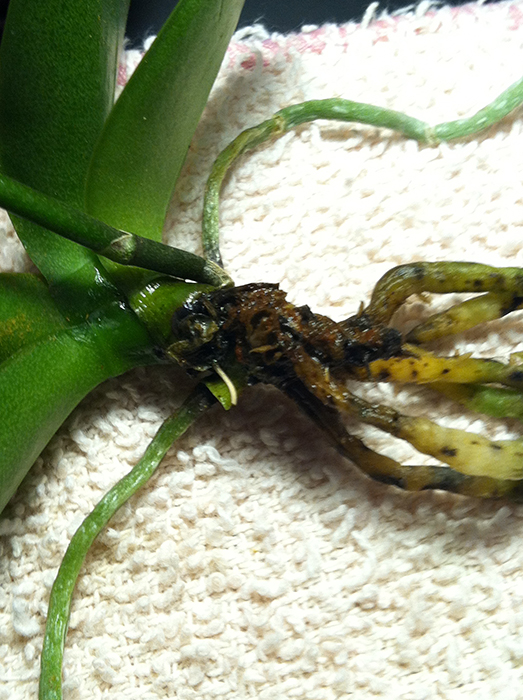 After this procedure, apply a fungicide to prevent further development of parasitic fungi and mold.
To seal the root area where you’ve done the cut and prevent the appearance of other pathogens, dust the areas with cinnamon powder or charcoal powder.

Don’t re-pot the orchid until after you’ve completely disinfected the pot. Either you buy a new one or clean and disinfect the old one very well.

Use a new special substrate for epiphytic orchids such as Phalenopsis, either crushed coconut or sphagnum bark or other orchid mixture.

To properly fill the pot, put a 2-3 cm bark layer on the bottom, place the orchid in the middle, and then, without moving it, try to fill the pot with substrate. 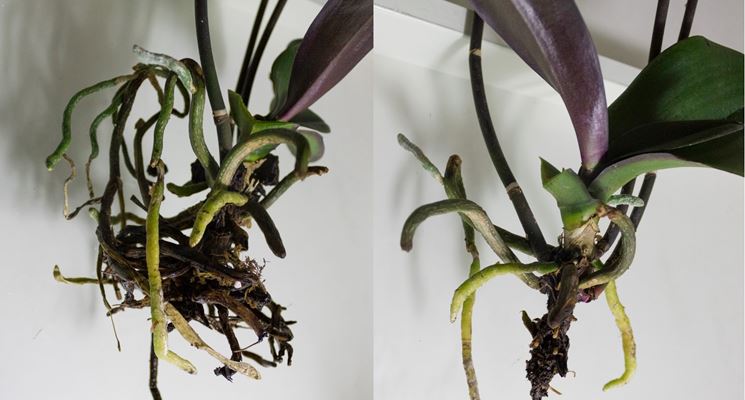 Don’t water the orchid in the first few days after re-potting it.
The chances, now, are very high to save your rotten root orchid. 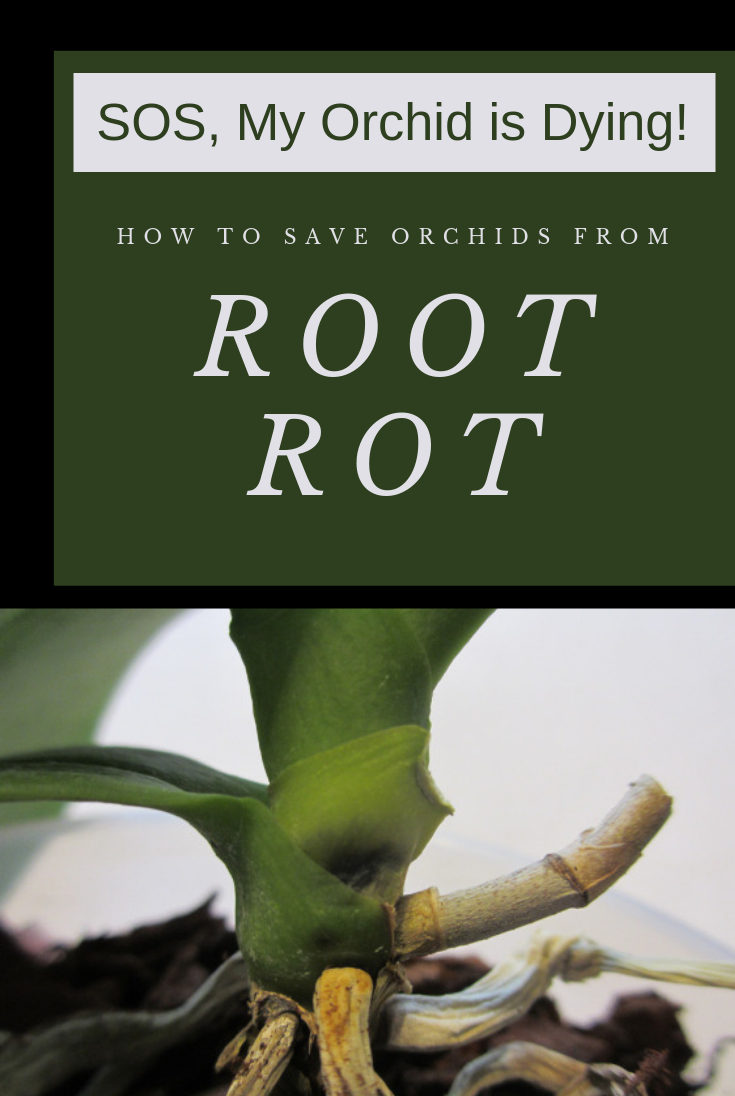